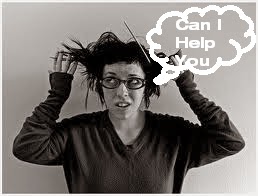 A couple of months ago I had car trouble and was choosing between the expensive repair costs and replacing the vehicle.  I drive a tremendous number of miles each day and reliability is extremely important to me.  Talking through my options with a coworker, he recommended a salesperson who he and another colleague highly endorsed.  Since the salesman worked at the dealership that I wanted to make my purchase from anyway it was a no brainer. This dealership has a cafe.  It has a shopping boutique with clothing, jewelry and baubles.  And, get this, it has a full service spa.  Heck, yeah!  That’s where I want to shop for a car.

When my husband and I arrived and asked for the salesman we were told that he was “three deep”.  The sales lingo didn’t bother me a bit since I deal with it every day. We looked around the showroom while we waited for him to assist the three other customers.  Everyone was nice, said “hello”, and smiled as they hurriedly walked by.  We were quickly greeted by another associate who was filled in on our story.  They knew who we were waiting for, what cars I wanted to test drive, and was going to make arrangements to get us on the road to try them out.

I didn’t know who they were and by their appearance I couldn’t tell what role they played at the dealership.  Appearing out of nowhere; no clues to discover their identy could be found by their work station.  The salespeople at the dealership seemed to have a casual dress code, but this person was not just casual.  They were sloppy.  Wrinkled clothing, untucked shirt, unkept hair, I could go on, but you get it.  This was not a great representative for a dealership that was state of the art.

This left me mind boggled.
Who was this person?
What is their position with the dealership?
Don’t they see what their peers look like?
How does their boss allow this?
Are they the part of the housekeeping staff?
If the above question is true then kudos to the leadership team for crosstraining them so well.

Myths about dressing for success.