Growing Up Italian; The Curse of Your Great Aunt

Growing up Italian had many benefits. People always asking “why are you so tan”. Having a nice dark, olive base that always turned golden brown the first day of summer was awesome.  Secretly, that was more of a result of a mom who made us play outside unless it was raining, but we loved the jealous looks.

Food, food, and more food. Growing up we didn’t know that other families didn’t cook. We also didn’t know
what amazing delicacies we were treated to on a regular basis. Homemade ravioli, two types, not just one! Artichokes stuffed with Italian cheese.  And, the amazing smells and tastes of homemade bread.  Most of these recipes were never written down so my mom and her siblings set out to create a cookbook.  Since the originals were gone, and no one spoke the language many of the recipe titles are in code, like “B word” for that awesome meat stuffed with cheese and tomato sauce and “grandma’s (fill in the blank)”. 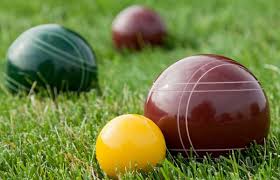 Growing up Italian also had its pitfalls. At dinner, you could never save the best for last because your Uncle would steal it right off of your plate. Incredulously, he wouldn’t eat it. He would just lick it and put it on his plate to torment you.

Is that a cucumber?  We always had to eat everything we put on our plate. Even if it was raw zucchini disguised as cucumber. Or, worse yet, sliced beets instead of canned cranberry sauce.  Gross!

Then, there’s kissing your Great Great Aunt goodbye. “But Mom, she’s pokey”… Little did I know speaking those words out loud placed me under an age old Italian curse. The curse of the pokies. 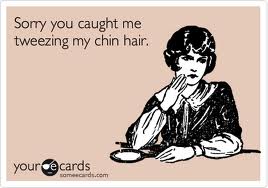 I found it a few years ago. There it was.

It wasn’t stray,
soft, and supple.

It was a big,
and dark,
and horrendously pokey chin hair. And, then it invited its friends to join it.  The nerve.  How maddening!

If I had a time machine I wouldn’t go back to see Elvis or Helen Keller or ask that boy out that I never had the nerve to in high school.  I would go back in time to my youth and never once complain about kissing my aunt goodbye – at least not out loud – and remove the curse.

I know, I know.  If I had a time machine I should do something more admirable like prevent a war or something, but I am just one girl who is tormented by pokies.