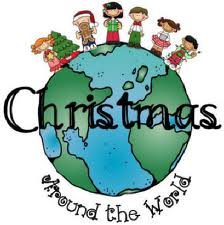 There are many different beliefs regarding how the Christmas stocking became a holiday tradition.   In Italy the children put them out for La Befana, the Dutch leave straw and carrots for the reindeer, in Puerto Rico they leave grass for the camels of the 3 Kings. Which one started the tradition?  I love them all and choose to believe that they all did, but since I like a good story my favorite belief regarding the origin of the Christmas stocking is the story of the nobleman who wanted a better life for his 3 daughters.  Some say the nobleman lost all of his money making crazy inventions.  I prefer the version where he helped the people who relied on him . . .

A nobleman who, in his youth, was very handsome and wealthy married and had three beautiful daughters.

A long period of crop failure settled upon his lands. As a result, he and the many families who depended upon the nobleman were penniless.

The nobleman spent every gold coin he possessed providing these families with bread for their tables.
To make matters much worse, the nobleman’s beloved wife died. Her death broke the nobleman’s spirit. He sold his lands to further help his people, and moved himself and his daughters into a cottage at the edge of a forest that was once part of his land.

His daughters, all worked to make their small home happy.  They had fallen in love with three brothers from a far off village who they had met on one of their trips to the market.  The brothers would have married the nobleman’s daughters, however, their parents insisted that respectable brides must have respectable dowries. There was little chance of the nobleman fulfilling this condition, and, this failure further weighed upon his heart.  Although his daughters understood, and did not complain to their father, the nobleman could discern by the sadness in their eyes that they were terribly unhappy.

It was at this time that word of the nobleman’s plight reached St Nicholas. One night, St Nicholas arranged for three modest bags of gold to be left upon the nobleman’s doorstep.  The nobleman, discovering the gold, did not know from whence it came. However, he knew for what it was intended.

His daughters were married to the three brothers and all lived happily ever after.

Come back soon….I will share my favorite stocking stuffers.  What do you wish for in your stocking?